My background is predominantly as a recording artist. I decided to retire from life as an artist in 2009 at the age of 29. My most notable success as an artist was between 2005-2008 as a member of the much hyped award winning UK rock band, Red Star Rebels. Being in “The Rebels” gave me the rock star life that I’d always dreamed of; Playing to sell out crowds, going on tours, recording in great studios, making music videos, signing autographs, being pictured in my favourite magazines and even stepping on the occasional red carpet!

It’s moments like these that are life experiences and it’s how effectively you use them to your advantage that counts not only in the music industry but in life.

Throughout my 13 year tenure as an artist I had some other great experiences such as gaining a No.9 hit in Australia as a solo artist with the ballad ‘Sarah Jane’ in 2003. I worked with some top producers and a great band during this time and learned a great deal.

In 2008 I created a one-man-band act called The Maker Band. This was a digital based pop act that incorporated a sophisticated live hardware set up that I designed and have since exhibited at music conferences and music technology seminars. I toured the UK 3 times in a 6 month period, most notably on one occasion as main tour support to the platinum selling Kip Winger, with whom I’ve since collaborated with on a global publishing venture. I later went on to tour other parts of Europe as The Maker Band and on the eve of my debut US tour in January 2009, I decided to call it a day. I prevented the release of The Maker Band album ‘Based On True Stories’. I took each song, re-recorded them and pitched them to artists… My dreams hadn’t died, they’d just evolved and so had I.

From signing my first management deal at the age of 17 straight through all my artist and session playing experiences right up to when I evolved, I can truly say I’ve always given it everything I’ve got. It never made me rich – far from it in fact but it gave me the foundation for where I am today. So what happened to the US Tour? Well I cancelled it but I still went to the US anyway. I chilled in the California sunshine for a little while whilst I worked out my next step. Once I’d taken a step back from everything I soon realised something really rather interesting… Instead of dwelling on my lack of success as an artist I realised that through my years of dedication I’d acquired a series of skills that could make me very useful to a lot of people and that maybe I could still make a living in the music business. Thankfully, I was right. 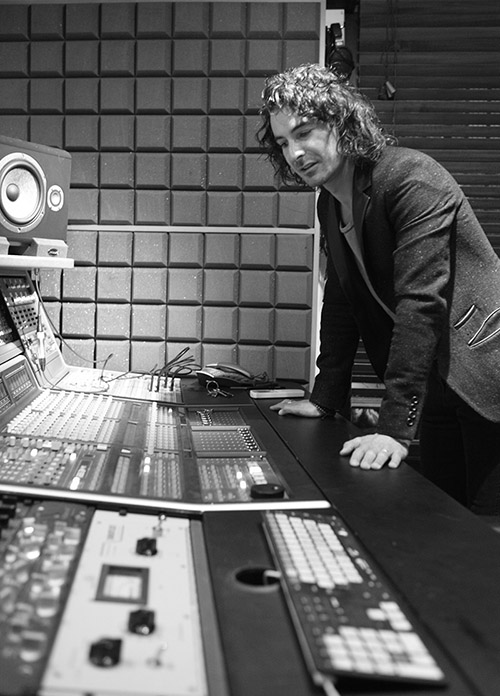 “It’s moments like these that are life experiences and it’s how effectively you use them to your advantage that counts not only in the music industry but in life.”